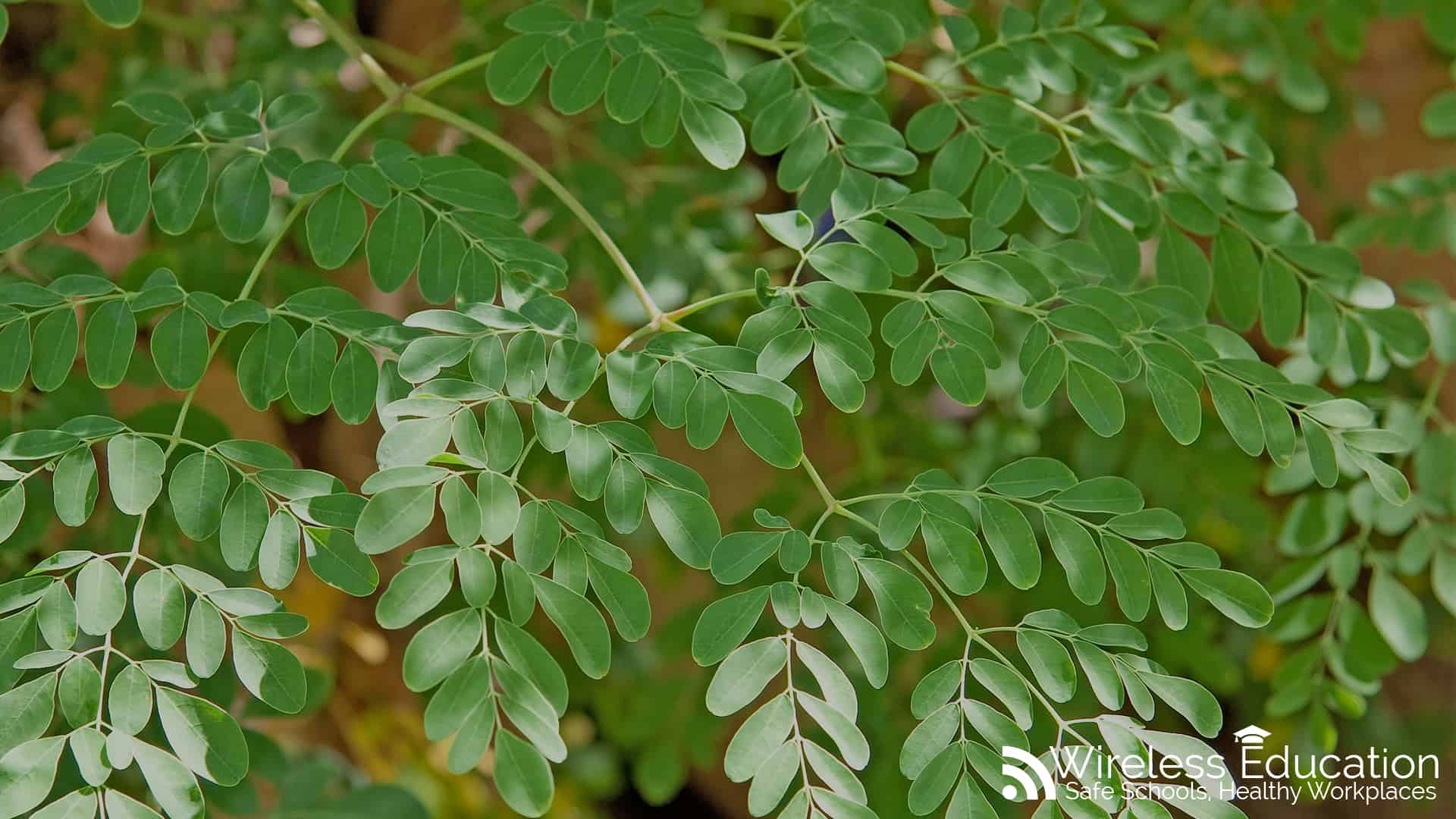 Now, in the third blog of the series, we discuss the protective effects of Moringa Oleifera.

Moringa Oleifera is considered a miracle plant or superfood by many people in the Indian Subcontinent and South East Asia. This has made it a subject of intense interest to researchers analysing the radio protective effects of this plant.

The leaves are a good source of numerous vitamins and minerals. They also contain sterols, alkaloids, glycosides and flavonoids. Indigenous peoples in South Asia have used almost all parts of Moringa Oleifera in traditional herbal medicine. It is understood to have anti-inflammatory, anti-tumour, cholesterol and blood pressure lowering effects. It is also a powerful anti-oxidant, and has been reported to balance thyroid levels and normalise diabetes.

In August 2015, two specialists Mashael Mohammed Bin-Meferij and Attalla Farag El-kott working in Saudi Arabia published an extensive study. They examined laboratory animals that had been exposed to mobile phone radiation, and how they fared when given Moringa Oleifera supplements.

Mobile phone radiation in the 900 MHz range is known to adversely affect fertility and reduce sperm count in laboratory animals. It is suspected to have a serious negative effect on male humans. The biological pathways have been studied and are documented in their work.

In their experiments, they discovered that when the animals received Moringa Oleifera supplements, the negative biological response to the cell phone radiation reduced extensively.

The researchers concluded that Moringa Oleifera  is an effective radio protective supplement, and reduces the harm caused by mobile phone radiation on the male reproductive system. They believe that this is because of the powerful anti-oxidant and free radical scavenging activity of Moringa Oleifera. It interferes with a process called reactive oxidation stress which, if continued unchecked, damages the cells in the reproductive system.

Soi in addition to Red Ginseng and Green Tea, consider adding Moringa Oleifera to your daily health supplements, and know that there are detailed scientific studies which support this protocol.