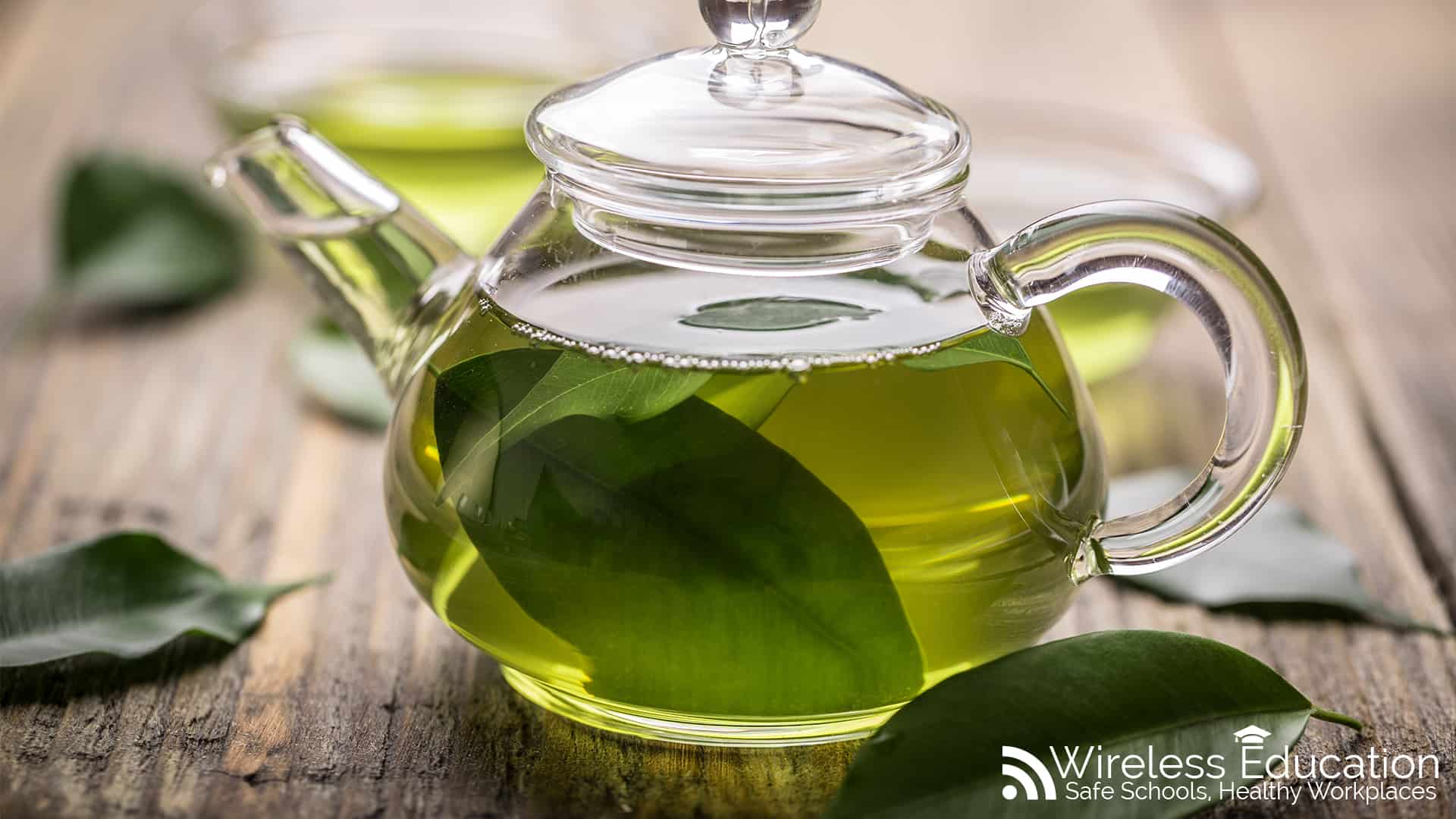 As part of our research into supplements which can protect against the bio-effects of microwave radiation, we recently posted an article on the protective effects of Red Ginseng. Now, in the second blog article of the series, we discuss the radio protective effects of green tea. We all know that green tea is good for us, but there are also key studies showing how green tea combats the biological effects of radiation exposure. Green tea has long been studied as a supplement which can reduce the harmful side effects of radiotherapy and chemotherapy for cancer treatment. It contains active ingredients called polyphenols like epigallocatechin calliate (EGCG), which scientists have proven has the following effects.

In laboratory tests on rats exposed to 1800 Mhz frequencies (a common frequency used for wireless communication), green tea polyphenols showed a radio protective effect on the brain cells of the animals. Unfortunately we cannot do these tests on humans, as the poor animals were dissected in order to study the exact effects at a cellular level. However, their sacrifice gives us key information that the substances in green tea combat the harmful effects of wireless radiation exposure. So in addition to becoming aware of, and reducing your daily microwave radiation exposure, consider adding green tea to your daily health supplement intake, and know that there is solid science showing a multitude of positive effects including possibly preventing Alzheimer’s, cutting cholesterol  and lowering blood pressure, infact if you look at the ingredients for any fat burning supplement, green tea is likely to be there. This is because green tea has been shown to increase fat burning and boost the metabolic rate.